Trying to use 2 USB HDDs attached on my beloved RT-AC68U.
Both HDDs are healthy and formatted NTFS with sizes 1TB (ST1000LM Verbatim) on USB 2.0 port + 5TB (WD Elements) on USB 3.0 port.
HDDs are recognized and can be mounted by RT-AC68U without problems. Download Master app can be installed, Media Server can be activated on both of them. 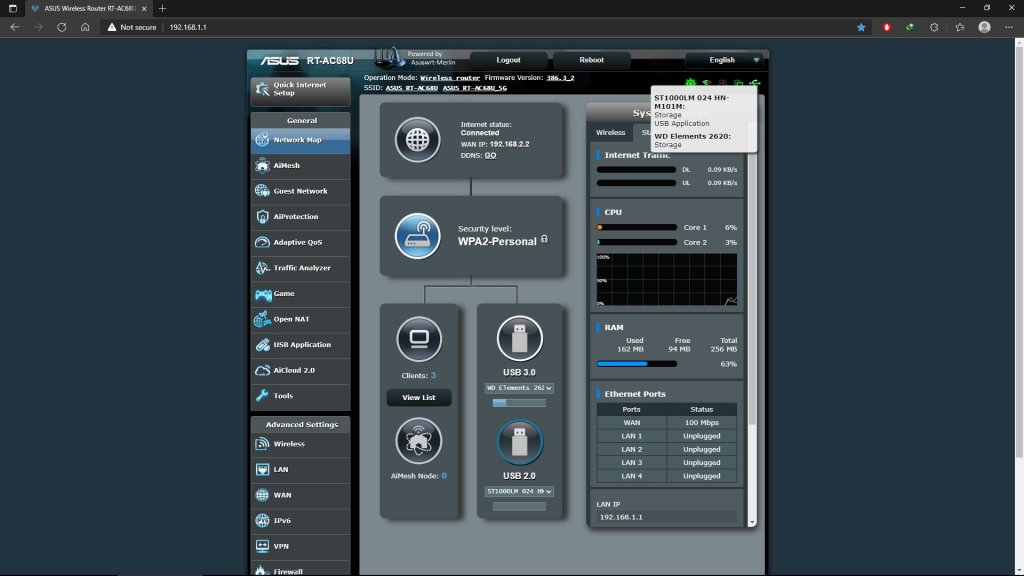 The bigger HDD, 5TB WD Elements have my movie archive in it.
So, I decided to use it as the movie storage, while the 1TB ST1000LM will be running as the Download Master app as the higher priority/master disk. 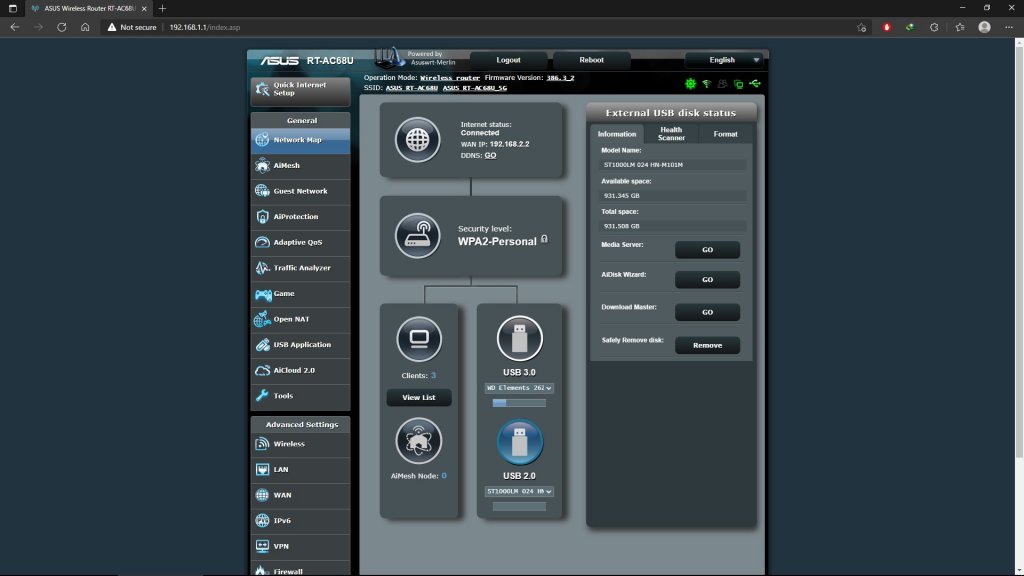 My plan was using the older 1TB ST1000LM HDD as the worker for Download Master app and when it's finished, I'll transfer the files that I want to keep, on 5TB Elements as the archive. 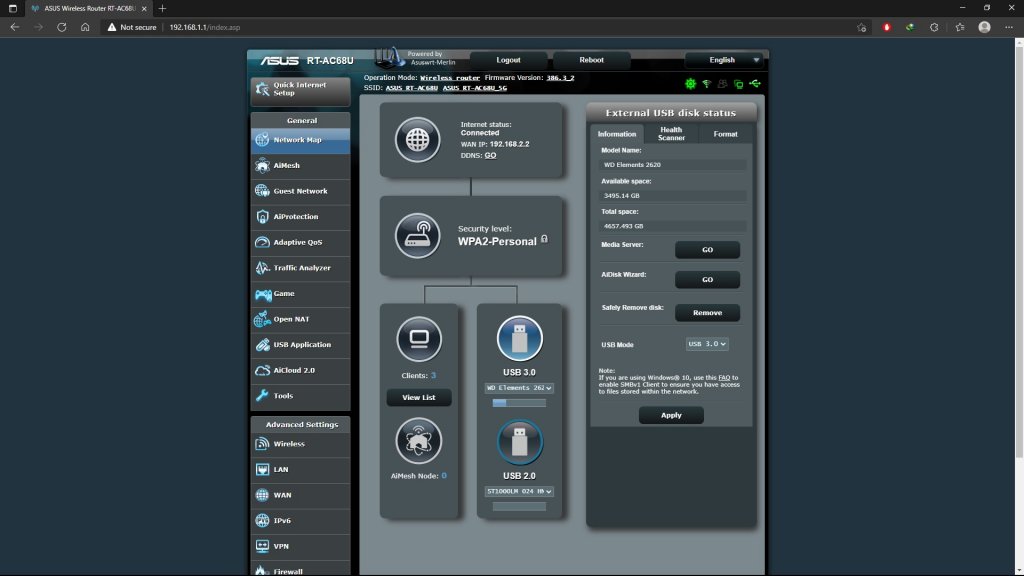 If I install Download Master app on both HDDs (one at a time) and plug both of them on RT-AC68U, I can reach, modify, play the files both on my PC/Notebook and play them on my Android TV.
No problems whatever...

So I decided to uninstall / delete "download master" files from the 5TB Elements and use it as the archive / storage like it was before.
Cleaned the 5TB Elements while keeping only my archive files in it and plugged to RT-AC68U.

And BOOOM !
Lost my network connection with both HHDs !
In this configuration (DM installed on 1TB ST1000LM at USB 2.0 + Simple storage 5TB Elements at USB 3.0) I can NOT reach the HDDs plugged RT-AC68U on my wifi network.
Windows was indicating the following problem below. 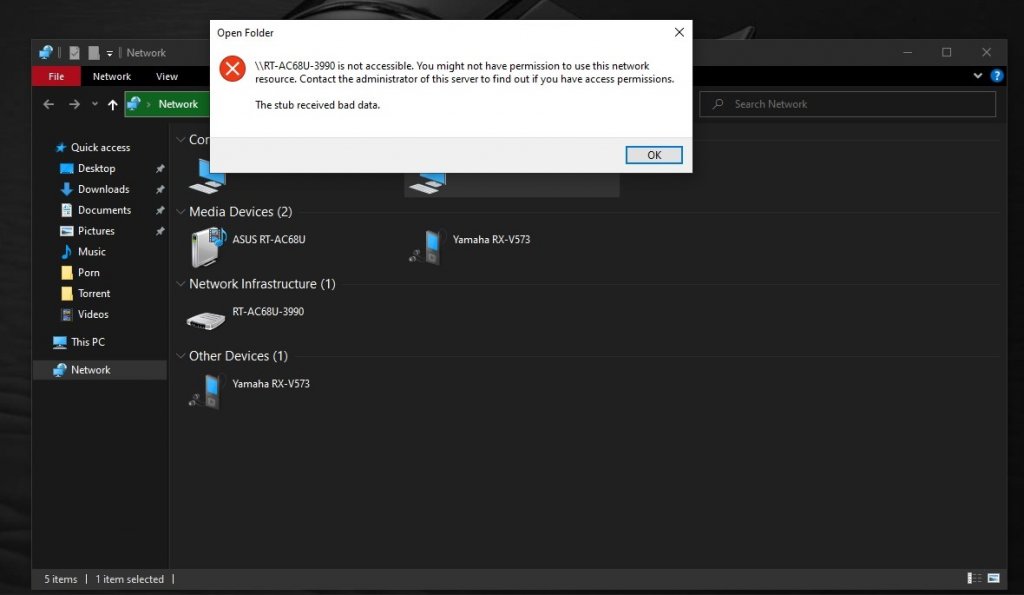 But if I unplug the simple storage 5TB Elements (without DM installed) I can reach the DM installed 1TB ST1000LM as usual. No problems.

So, how can I use both of my HDDs at the same time plugged on RT-AC68U but installing DM only on 1TB ST1000LM (as the worker disc) and using 5TB Elements (as the storage) while I can reach them both on my PC/Notebook or My Android TV?
Any expert ideas about what's going on wrong ?
Last edited: Oct 15, 2021
B

OK, I solved my issue.

My files were in the root of 5TB Elements, so I collected all of them in a folder called "Archive" under the root of Elements... Voila, no problems at all.
If you need to plug a 2nd HDD to your RT-AC68U be sure to put all of your files in a single folder under the root of your HDD ! 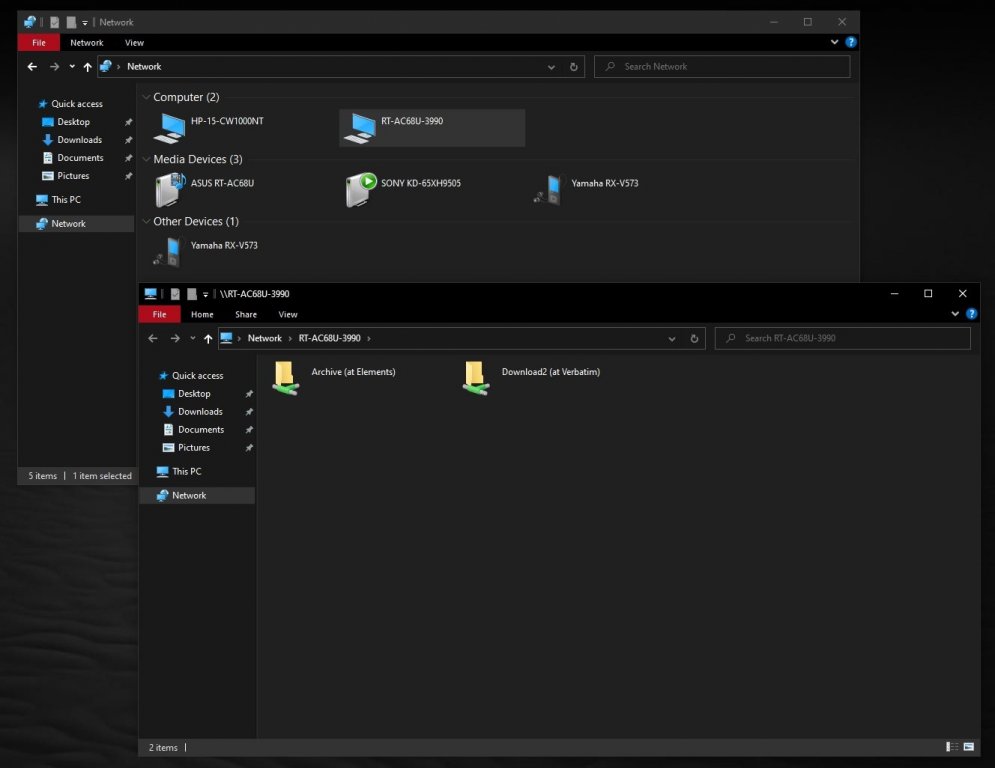 Last edited: Oct 15, 2021
You must log in or register to reply here.
Similar threads