Hi guys,
I have a custom built NAS with Unraid on Asrock X570m and Ryzen APU.
I setup 10Gbe network at home and therefore bought a Chinese version of Intel x550-T2.
What I needed from NIC in addition to the 10Gbe is working WOL from S3-S5 state. After installation I went to Bios and it showed me in the NIC settings that WOL is N/A. Power for PCIE is of course enabled and WOL works on the integrated LAN just fine. But I need to have it connected with one cable only.

Then I installed the NIC into the PC with Windows on Gigabyte X570 aorus master. It showed the same thing - WOL is N/A.

I downloaded fresh NVM and utility from Intel website. The Adapter is well recognized by Intel software and passed all the tests.

I upgraded the NVM and UEFI driver no problem and then tried to switch on WOL using a command-line utility from Intel. 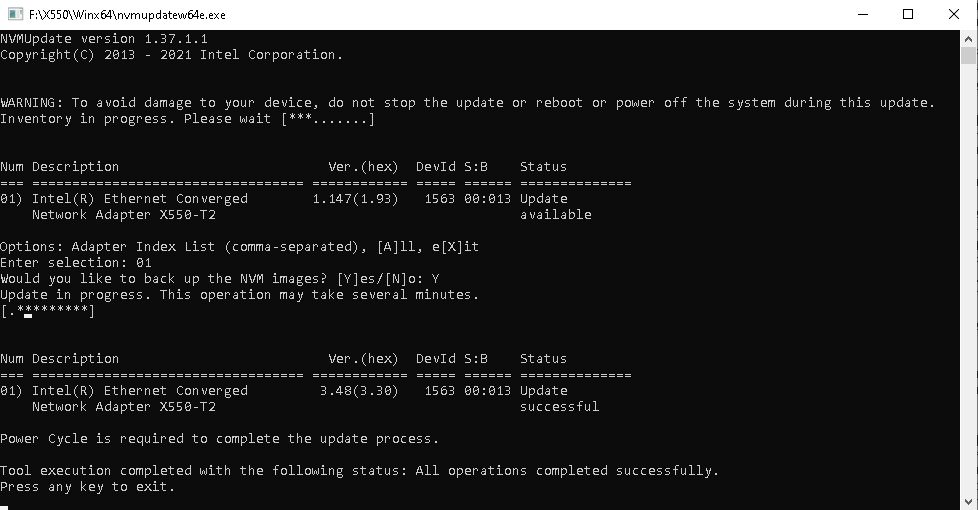 The Intel utility reported that WOL is an Unsupported feature. 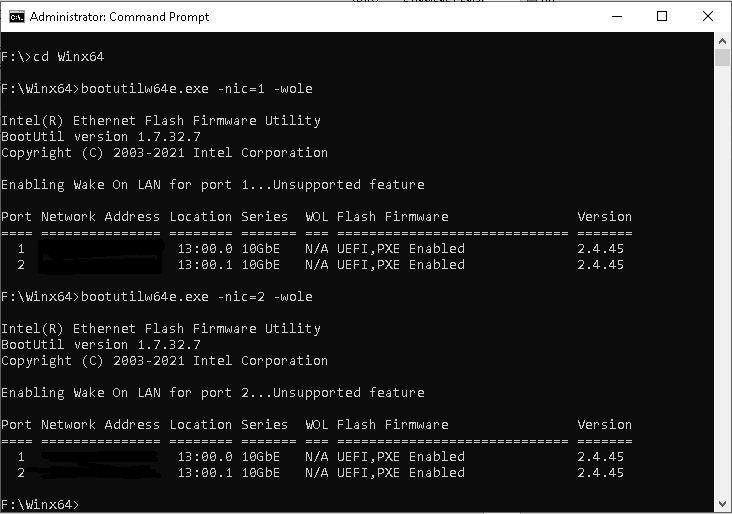 Screenshots and photos of BIOS and commands applied in the command line are attached. 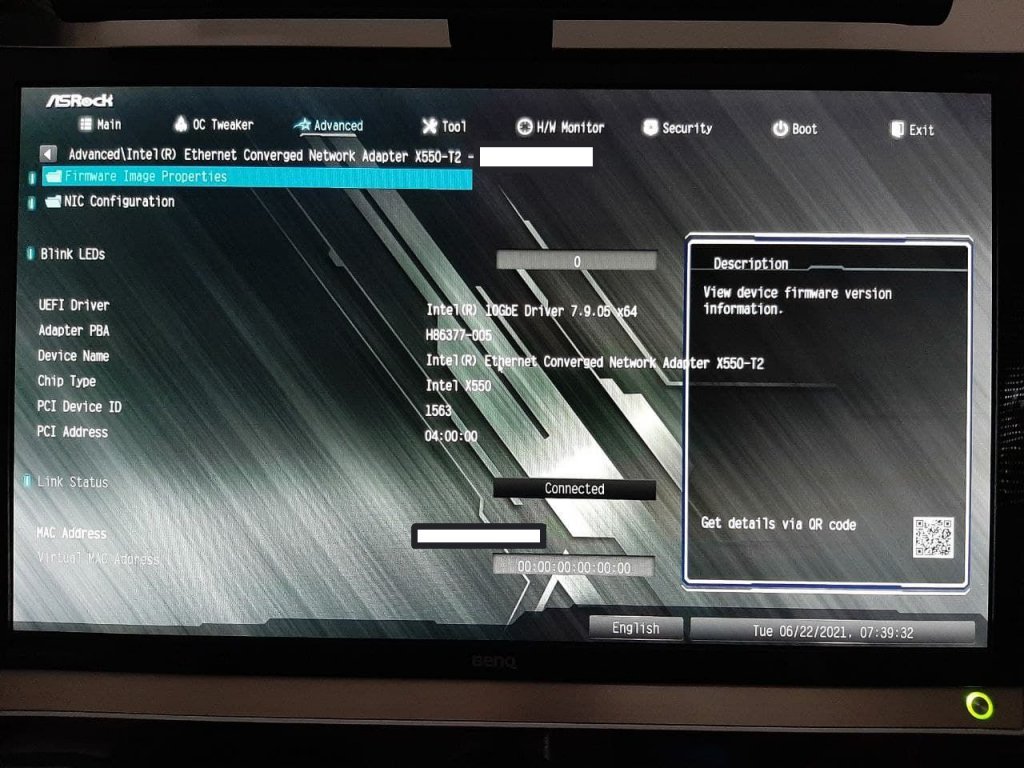 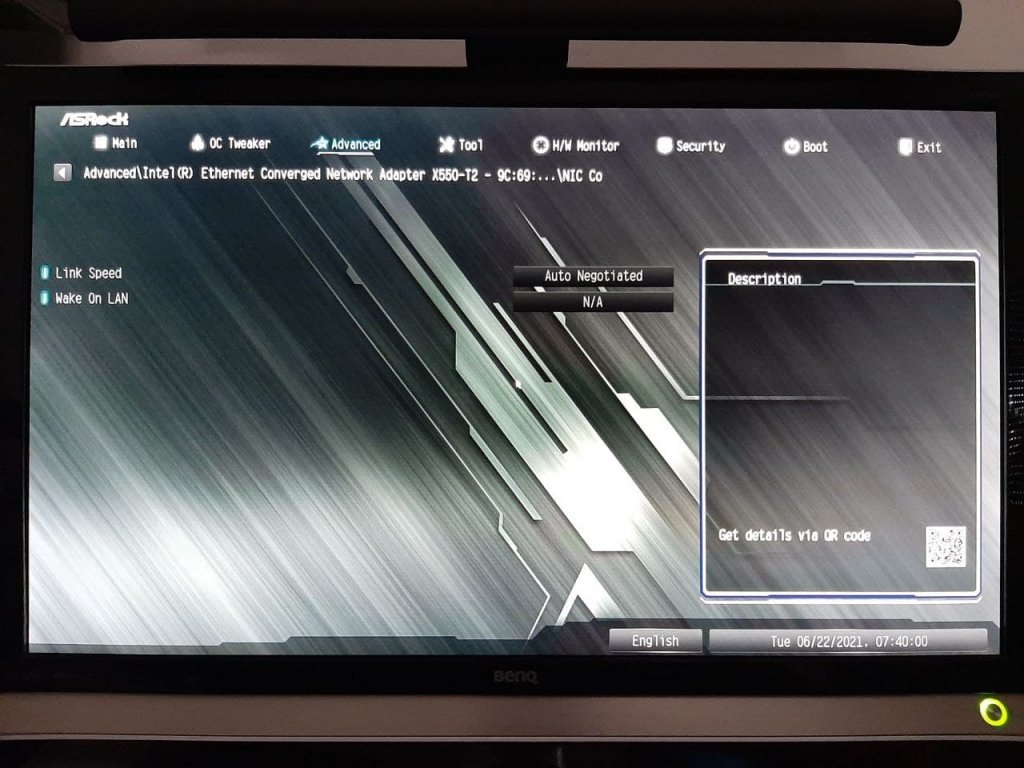 I kindly ask to advise which direction to dig? Is there a way to make WOL active or it's a HW failure?