My Asus AC68 is behind ISP router and acting mainly as a VPN provider and VLAN.
When (in FreshTomato) I set up the DNS manually adding the one I want (router or VPN ones), NTP stop to work (blinking "Not available" behind Time didn't got caught in the screenshot), the date is wrong, thus nothing else work. 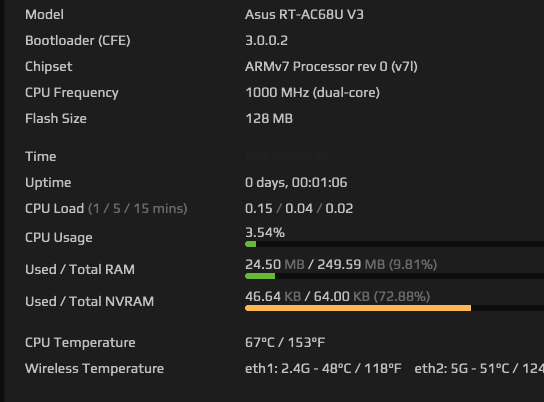 I already tried to change the ntp server, adding i.e. 3x url. No success.
My goal is actually to have custom DNS (router) to pass the DNS requests using the VPN tunnel or just the WAN (ISP router), depending from which network an host is making the request; this way, some traffic and requests goes encrypted while others goes with the ISP clear connection.

What would be the best way to achieve that, avoiding NTP issue?

This is my actual DNS/DHCP config

In FT 2021.7, I’ve noticed NTP doesn’t sinc if the servers selected are North America. With servers in Europe it works well. I used OpenDNS in my tests. Try and see if it helps.

Hmm, I’ve tried Quad9, Claudflare and OpenDNS and it’s fine. The router is in double NAT behind my pfSense firewall. The same RT-AC68U. I don’t have VLAN’s setup, NAT acceleration is disabled, IP traffic enabled, OpenVPN server active, Adblock with 2x lists, Intercept DNS, Intercept NTP, DoT to what supports it, etc. I’m not home to check what else I’ve changed. Quite impressive so far and I didn’t hit any obvious bugs. It’s a fresh test installation with NVRAM wipe. I can play with it more when I get home. @eibgrad is using FT, may have some ideas.

FT is firmware on steroids, too many settings there, so screenshots: 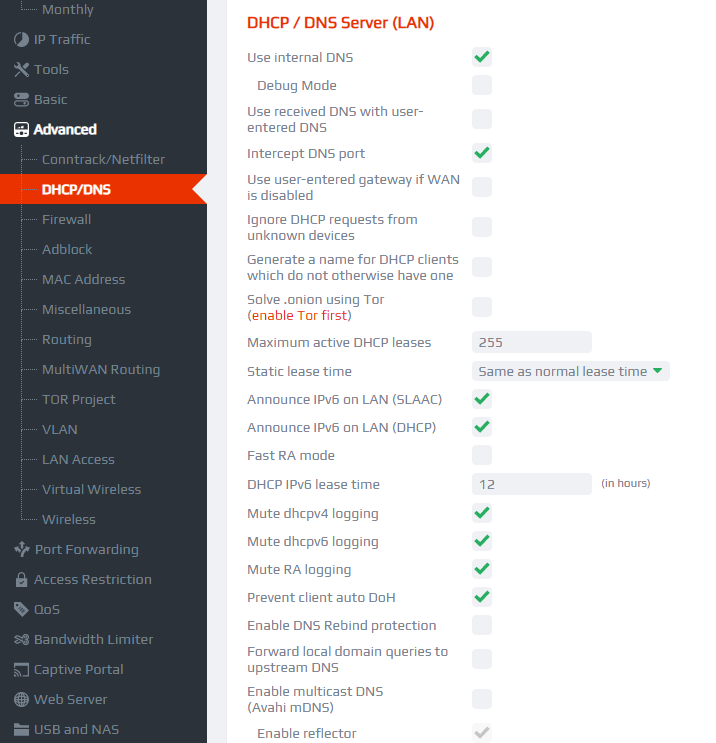 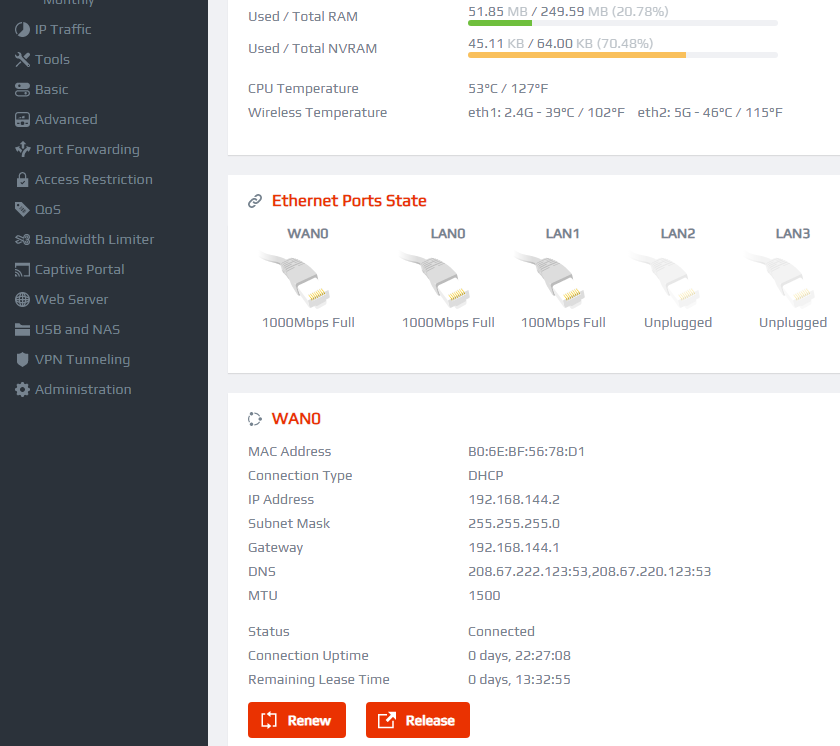 It actually works with North America NTP servers as well now, it was a glitch, I guess.
Last edited: Nov 29, 2021

And with extra DoH prevention, the list is quite reliable: 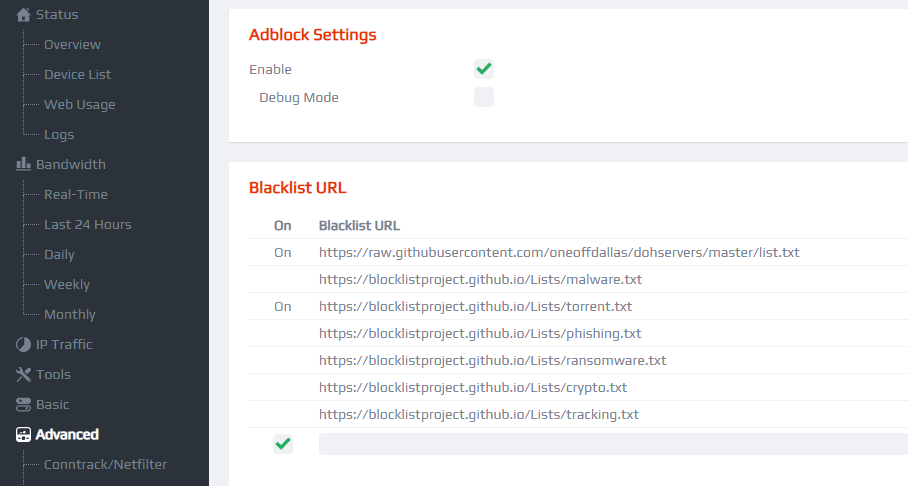 Don't use too many blocklists, otherwise Dnsmasq may fail to start, look at the logs.

Thank you very much @Tech9 , very interesting and so far I was able to do litte steps without breaking the NTP connection. I've got just few questions regarding your configuration:

1) why muting all the dhcp logging?
2) how exactly works Local NTP server + Intercept local NTP client requests?
3) I'd actually would like to have DoH, you blocked it because it was not working?

Thank you very much.
Asus AC68U | FreshTomato
One day I'll own a Mikrotik!

Purdue said:
1) why muting all the dhcp logging?
2) how exactly works Local NTP server + Intercept local NTP client requests?
3) I'd actually would like to have DoH, you blocked it because it was not working?
Click to expand...

1) because I don't want to see DHCP logs, it's a personal preference. What I see now is -MARK- every hour. Less distraction from what's important.
2) exactly that it says - all NTP requests are redirected to router's own NTP server. Local NTP is always available, if the router is running. Similar to Intercept DNS queries. I never checked how it works under the hood in FreshTomato or Asuswrt-Merlin, but I expect port redirection - 123.
3) I don't like/use DoH because I don't have control over it. Standard port 443, can't do much about it. Ports 53/853 are easier. With blocked DoH all requests go to my preferred DNS service with all the filtering I would like to have there. Clients with DoH support attempt it, if it fails go to my DNS.

Thanks @Tech9 more clear now.
Also, since this was related to DNS resolving, with the goal of helping anyone jumping in the future into this thread, I've found a quite detailed explanation that may be very helpful to understand if and why of issue with DNS and NTP. Getting some grip on how FT works is very helpful: i've highlighted what the problem could have been originated.

Asus AC68U | FreshTomato
One day I'll own a Mikrotik!

Thank you for the additional information. I only play with consumer routers though and even though FreshTomato is excellent firmware alternative for supported hardware, it won't live for long on this particular Asus router. I keep a collection of Asus routers on my shelf and when I'm done playing they are returned to stock firmware. Closed source firmware components are killing custom firmware development, unfortunately.
You must log in or register to reply here.
Similar threads