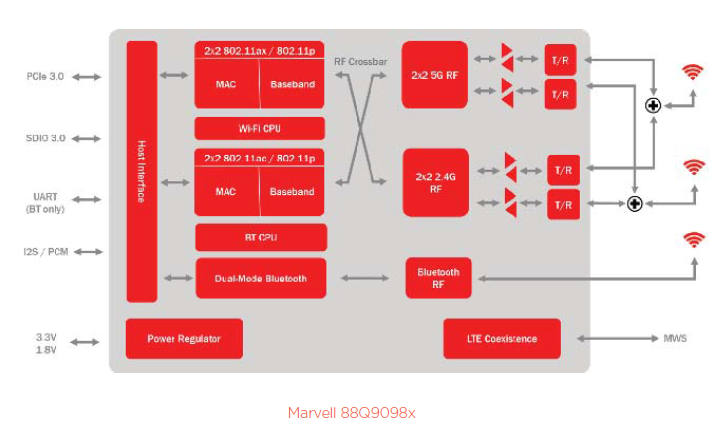 Other key features are support for 20/40/80 and 80+80 MHz bandwidths, "instantaneous O-DFS" and 802.11mc precision location. Not mentioned was whether the device supports WPA3 wireless security.

The release cited a use case where one Wi-Fi radio is dedicated to mobile phone projection while the other is streaming video to and from mobile/accessory devices in the car.

The announcement did not provide pricing or availability.

dumb question but do we think it would still support 802.11n?

Easy Rhino said:
dumb question but do we think it would still ]support 802.11n?
Click to expand...

Easy Rhino said:
umb question but do we think it would still support 802.11n?
Click to expand...

yes, b/g/a as well...
--
"How many lights?"
You must log in or register to reply here.
Similar threads