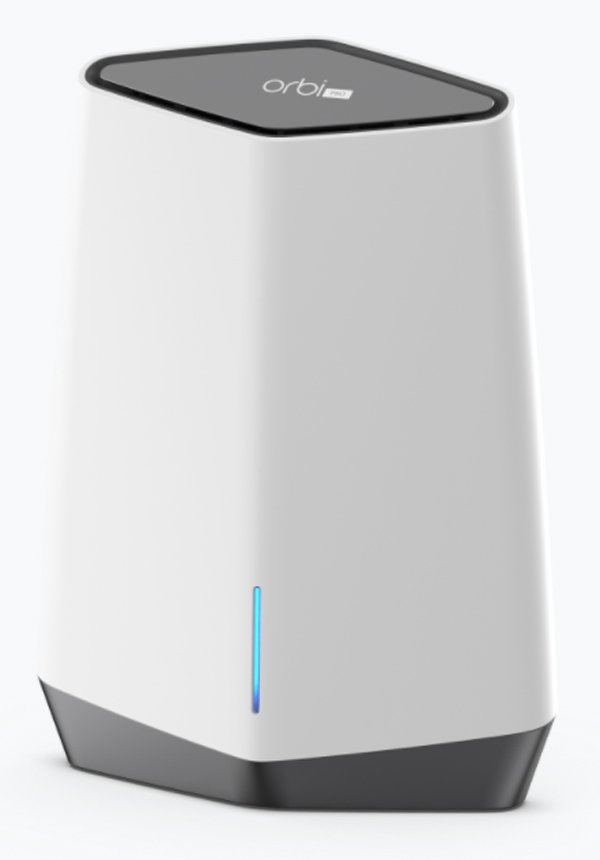 Built for businesses, the Orbi Pro WiFi 6 focuses on security, allowing business owners to have up to four networks/SSIDs with VLAN support - ideal for keeping networks, like those dedicated to guest and IoT devices, separate and secured from each other.

Admins can also manage their networks remotely using NETGEAR's Insight app, allowing them to setup their network and create isolated channels for employees, guests, and admins via a mobile device.

Physical interfaces on each of the Orbi Pro WiFi 6 nodes include a 2.5GbE ethernet port (WAN) and four GbE ethernet ports (LAN), two of which have link aggregation capability.

Other listed features include WPA3 security, OFDMA, MU-MIMO, up to 6,000 sq. feet coverage with the two-node kit, and a one-year subscription to NETGEAR's Insight service for cloud-based monitoring and management.

I am seriously considering getting this. Have a 9000 sq ft home that is not being well covered by orbi 4200 with two satellites. Debating between the 4 pack of this versus 4 pack of asus 11000 and using aimesh. The asus has the 160 mhz channel, but this is newer so “maybe” better.
You must log in or register to reply here.
Similar threads