I've been working on this problem for ages and can't seem to find a solution:

My dad has set up a VPN and has provided me with an openVPN cfg file. Loading it into the OpenVPN client from my PC works absolutely fine - no issues whatsoever.

However, I would like my entire connection to be routed via the VPN, meaning that I would like to run it "through my router" (if that makes any sense). My setup looks like this: Cable Modem -> Router via WAN (ASUS RT-N66U) -> PC (Ethernet).

After following the steps described in various tutorials, I have come to this: 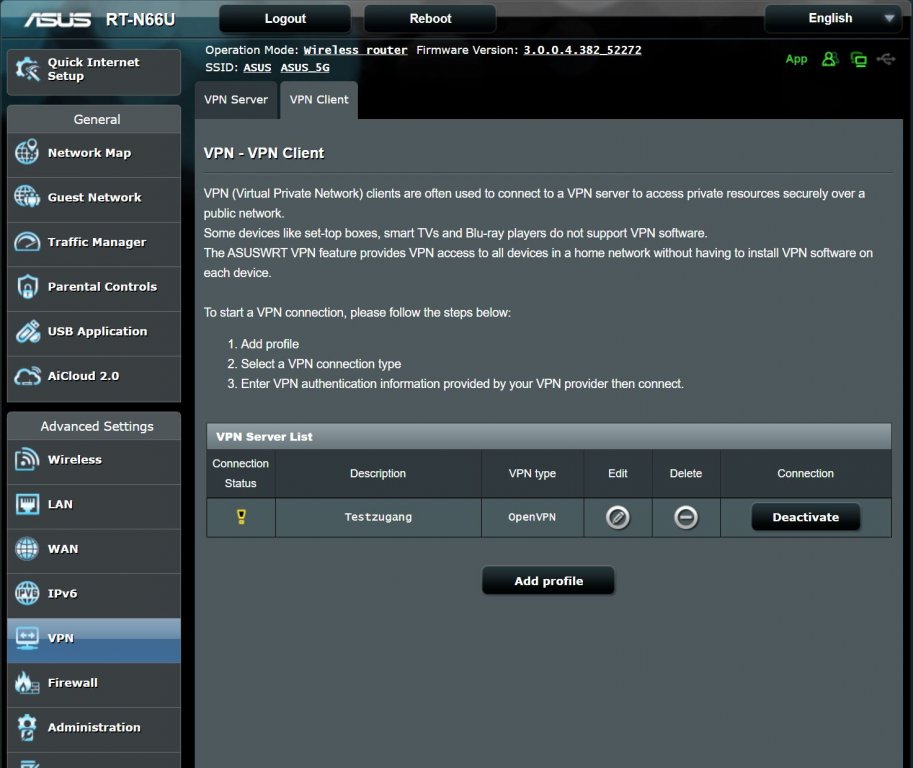 Hovering the exclamation mark reveals an "IP/routing conflict" meaning that I can't access the VPN via the router.

I have no idea what I'm doing wrong at this point, my setup and configuration method is basically the same as described in the ASUS FAQ (Link). I have already tried the method of connecting the ASUS via Ethernet and putting both devices into the same net, however that caused another problem where the VPN was just endlessly stuck in "connecting": 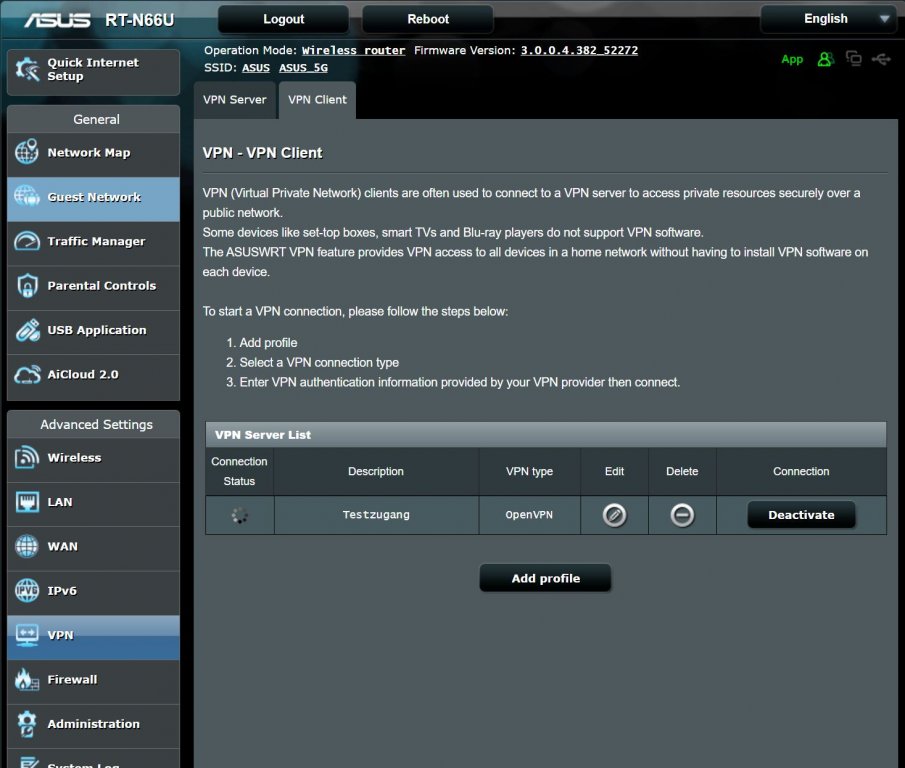 So what's the correct method and what's causing the problem? I'm sure I'm doing all sorts of things wrong, but I'm really out of ideas.

Any help is greatly appreciated.

What's the IP and subnet on the remote network being assigned via the VPN? Is your dad also trying to hand out 192.168.1.0/24 addresses?
Q

cptnoblivious said:
What's the IP and subnet on the remote network being assigned via the VPN? Is your dad also trying to hand out 192.168.1.0/24 addresses?
Click to expand...

I'm not sure but I don't think so. Can't ask him right now as he's at work. Any way I can check this from my side?

Here's what "ipconfig" gives out as a result when connected via the openVPN client from my PC vs when not connected. Does this shed some light on the IP mess? 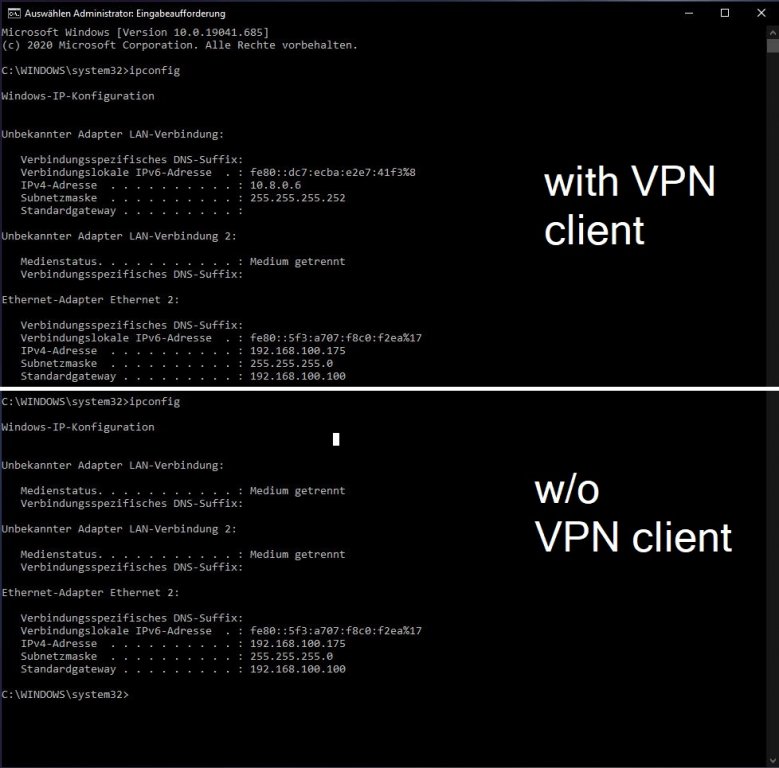 As you can see, I've setup the local network like this to test if the issue appears with different configurations as well:

Looks like 10.8.0.6 is getting assigned, so that's not anywhere near the same network, but if I recall correctly, linux assigns a 10.8 network to itself for tunneling, I'm not sure if that's the issue on the router though.
Q

So any idea what it could be instead and if there's a way to run some tests via client side trying to fix these issues? Can I force my router to take a certain IP instead of what's being assigned?
C

Your dad would have to change the settings on his vpn. Pick a different network to assign the address from.
Q

Ok, I'll ask him to do that. Meanwhile: Do you have any clue why everything works fine from my PC but the router refuses to act the same way? Does it have to do it with my router being assigned a WAN IP by the cable modem and my PC being assigned a LAN IP via the router or is that nonsense?
C

A guess only: Your PC isn't linux based and doesn't auto-assign itself a 10.8.x.x. address. Therefore, no conflict.
Q

So I've managed to find a solution for my router to enable the VPN by adding
Code:
into the .ovpn config. This did solve the issue in that sense that the router interface is now displaying the VPN as "connected", BUT now it doesn't seem to pass through the connection to my PC - when checking for my IP, I'm identified with my "normal" IP so to speak.

So now my router is connected to my Dad's VPN, but my PC isn't? I'm I getting this right? Any ways to resolve the new issue? Probably some settings in the ASUS interface that need to be changed.
You must log in or register to reply here.
Similar threads