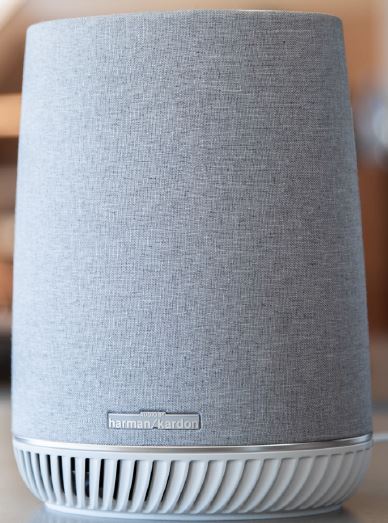 Orbi Voice is the first "smart speaker" to also include a fully functioning Wi-Fi system node. Its Alexa-powered features come via a four mic, two speaker audio subsystem with 35W of peak power from Harman Kardon. 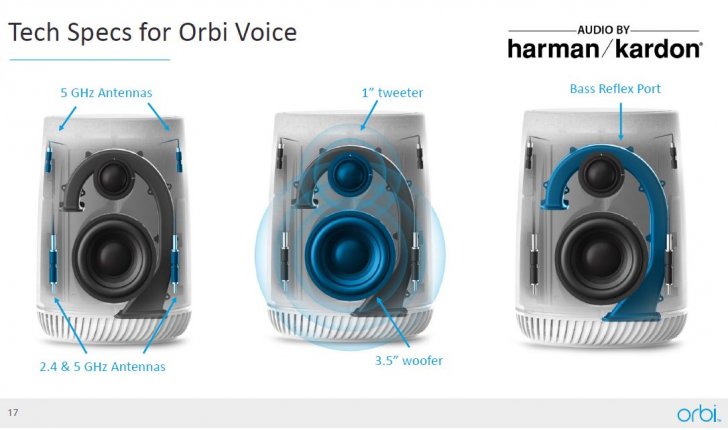 Due to the extra space taken up by the speaker, the RBK40S satellite has a two-stream backhaul, even though NETGEAR describes the RBK50V kit version as an AC3000 class system. There are also only two gigabit Ethernet ports vs. the four usually found in Orbi.

Like all other Orbis, Voice is built on a Qualcomm platform. It supports everything other Alexa-powered speakers can do, including streaming music from Pandora, Spotify and, yes, Amazon Music. And, of course, it will let you order more stuff from Amazon.

The Orbi Mesh WiFi System (RBK50V) consisting of the Orbi Tri-Band WiFi Router plus one Orbi Voice Smart Speaker and WiFi Satellite will be available later in September for an MSRP of $429.99.

The add-on Orbi Voice Smart Speaker and WiFi Mesh satellite (RBS40V) will be available "this fall" and set you back $299.99.

thiggins said:
Voice is built on a Qualcomm platform
Click to expand...

curious as to what the audio quality is like - esp. if trying to playback thru multiple end-points (aka like Sonos or Airplay 2)

My best guess is that it should be pretty good - past QCA platforms have always done a respectable job there...
--
"How many lights?"

It's actually a hard problem - to get bit perfect rates for audio playback across to two end points - along with the rest of the network activity.

Wonder if there's a little bit of QCA magic going on there... AllJoyn and all that jazz...

The respectable job I mentioned earlier - QCA and Apple with the Airport Express using Airplay - audiophile quality there for a single end-point.
--
"How many lights?"
C

So are they doing unicast or multicast for audio?

It's unicast from Amazon
NETGEAR Employee

NETGEAR Guy said:
It's unicast from Amazon
Click to expand...

Sonos One for Alexa...
NETGEAR Employee
You must log in or register to reply here.
Similar threads