I've been trying to set up AiMesh with a wired connection between my RT-AX86U and RT-AC68U. For the past two weeks, I've been attempting to diagnose the issue with my free time and can't seem to figure this out.

I have symmetrical gigabit internet and have used both the stock firmware (3.0.0.4.386_45934-gb23bdac) and latest merlin (386.4) and have factory reset, cleared nvram, and rebooted/flashed firmware many times.

In all the configurations below, everytime I run my speedtest on the router looks something like this (consistently):


However, for the sake of trying to figure why I'm only getting 1mbps upstream from my desktop speedtest, this is what the setup looks like:
ONT -> RT-AX86U -> Desktop PC with AiMesh turned off speed test: 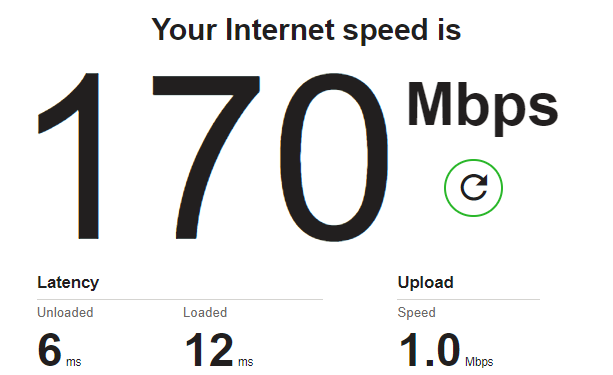 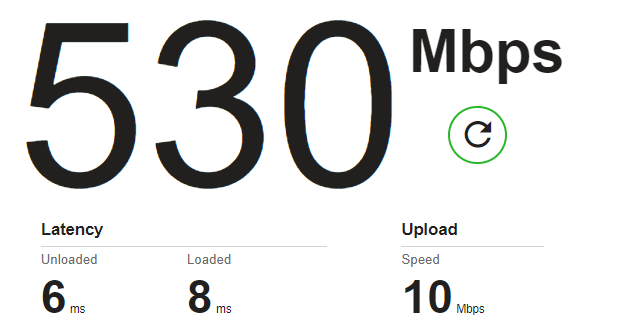 I have an old RT-AC87U which when I use in place of my RT-AX86U and works flawlessly (going to have to take my word for this one, I get about 800mbps/800mbps via wired.

Some notes.. I used many other speedtest sites, I only included the ones from fast.com but they are similar across the board.
The wifi speeds are also fine (~200+ down/up), but this doesn't matter as much to me as I only stream videos on WiFi, and I want to leverage my gigabit speeds on my Desktop computer where it matters.

I have also tried turning on jumbo frames (doesn't do anything)

List of things I've tried with reboots after changing these settings:
- Reset to factory default and only changed one or two settings below...
- Turning off AiMesh
- Turning off QoS via SSH (helped download speeds the most and upload a little)
- Turn on jumbo frames (didn't notice anything)
- Using different ports
- Swapping out ethernet cables (using RT-AC87U proves the cable isn't the problem)
- Used a switch in between RT-AX86U and Desktop, no difference


Any thoughts or suggestions? I'm pretty close to returning both my new ASUS routers unless I figure out WTF is going on with the wired connections.

It might be helpful if we knew what the performance was between the RT-AX86U and the desktop, vs. the RT-AX86U and internet. IOW, test them independently rather than just the complete path from desktop to the internet. It might provide a clue to where the problem actually lies.

eibgrad said:
It might be helpful if we knew what the performance was between the RT-AX86U and the desktop, vs. the RT-AX86U and internet. IOW, test them independently rather than just the complete path from desktop to the internet. It might provide a clue to where the problem actually lies.
Click to expand...

Any suggestions on best way to do that?

Admittedly, the fact you're using OEM firmware doesn't make that easy. With Merlin, you could install Entware (directly or via AMTM) and then install iperf3. From a shell (SSH) on the router, you could then run the following command to test the upload speed from the router to the internet.


Code:
Similarly, you could run iperf3 as a server on the router and test the upload/download speeds using the desktop as an iperf3 client.

Finally, test the complete path w/ iperf3, from desktop to internet (you might want to try this first before making any changes to the router's firmware).

Heck, for all I know, just installing Merlin might fix the problem.

P.S. Note, as an iperf3 client or server, the router can't compete w/ a desktop platform. It will top out somewhere well short of the desktop, but it should still be well into the 100's of Mbps, good enough to see if you can get past the current pathetic limits of 1 and 10Mbps upload.
Last edited: Jan 9, 2022
B

i had this issue when i first setup router i used qos bandwidth limiter for certain ports but this cut my bandwidth using speed tests in half so i reset router and didnt use qos i havnt had a problem since.
N

burt35 said:
i had this issue when i first setup router i used qos bandwidth limiter for certain ports but this cut my bandwidth using speed tests in half so i reset router and didnt use qos i havnt had a problem since.
Click to expand...

I second this. I just got Gigabyte internet and I would get perfect 940Mbps using the modem directly.
However, once I plugged into an ethernet port on my ax58u, it plummeted to under 500Mbps.
After several days of debugging, I found that turning of QoS fixed the issue. I am not sure I even need QoS anyway now that I have 1Gb internet.

Welcome to the forums @Nezzark.

It's not so much that QoS is needed or not with 1Gbps ISP speeds (and for most use cases, it isn't). It is more that the router can't handle those speeds with the weak hardware (CPU, RAM (capacity), and slow storage) available to us in our prosumer equipment.
Diversion, pixelserv-tls, Skynet, YazFi, scribe, connmon, ntpMerlin, scMerlin, uiDivStats, uiScribe, Unbound, FlexQoS, disk checker, on Ext4 w/J + 2GB swap file
2x RT-AX86U in wired backhaul (2.5GbE) AiMesh mode
https://www.snbforums.com/members/l-ld.24423/#about
R

ronmis said:
I've got Frontier 1 Gig symmetrical connection and I get 900+ download and about 300 upload.
Click to expand...

You have joined the party:

www.snbforums.com
You must log in or register to reply here.
Similar threads