I'm trying to get a pair of Asus RT-AC68U to work as Aimesh devices with wired backhaul in a VLAN setup I have with pfsense and a managed switch from zyxel.

My configuration is according to the drawing. I use pfsense to manage the VLAN11 via DHCP. All my wifi devices get ips from VLAN11. Since the Asus APs dosn't have the VLAN function on the ethernet ports I have set the ports 7&8 with PVID=11 in the switch and same ports are untagged in the VLAN11 setting. Port 1 is tagged in VLAN11 to reach out to pfsense.

My current issue is that I don't get the wired backhaul to work when connected over the switch port 7&8. I need to have a direct wire between my APs to get the aimesh node working over cable (red line). If connected over switch the aimesh changes to wifi connection between APs. Main AP is connected to port 8 on switch and Lan1 on AP. Nod AP is connected to port 7 on switch and port 0 (WAN port) on AP. All according to Asus instruction for wired backhaul with aimesh.

I believe that the issue is that the wired backhaul in aimesh uses some VLAN of it's own to communicate between APs and that my setting in the switch prevents this, only allowing VLAN11. If I use an unmanaged switch between the APs the link works, but not over managed ports. I guess I need to additional configuration in the Asus to match VLAN11 or something on the switch to match asus aimeah backhual, but I don't know how to do it. Any suggestions would be helpful.

To clairfy, when using the red wire between the APs I don't have the blue wire on port 7 to AP nod. I want to be able to use the blue and remove the red. 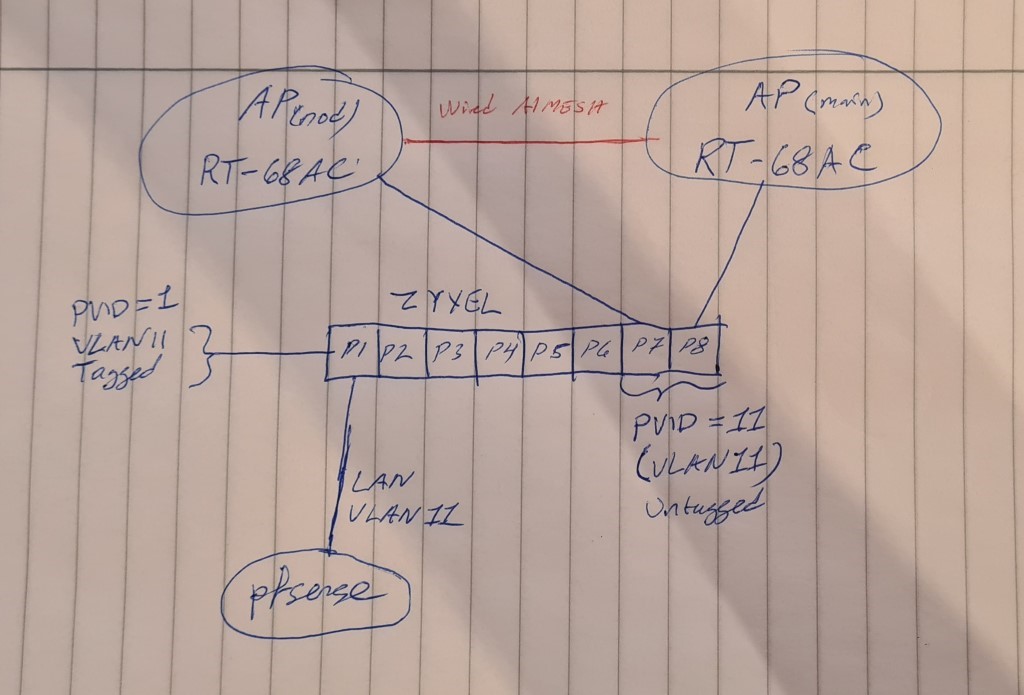 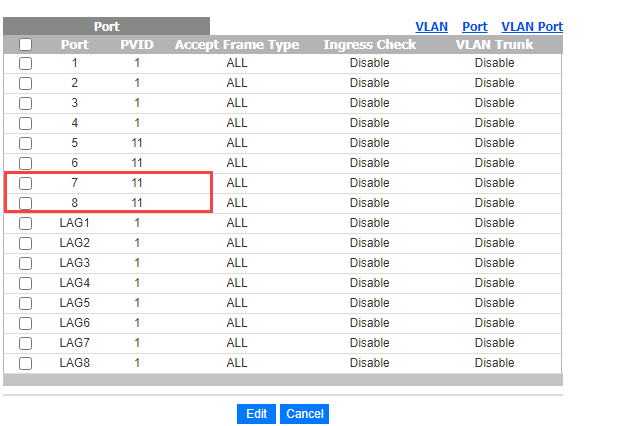 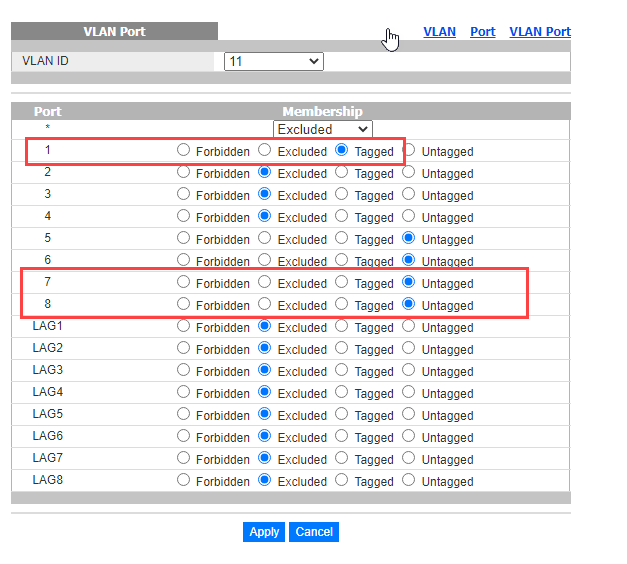