RT AC-5300, fw and scripts as listed in signature.

CPU graph on the Network Map page bounces around and hits 100% a lot - back and forth between CPU 1 and CPU 2. Normally, once the router settles down after rebooting and with minimal network usage, the graph would show the CPUs mostly idle with occasional increases to sub-30% points for really short periods of time and not-so-often spikes to higher percentages (mostly when the add-ons' CPU intensive timed events would trigger). I have not changed anything on my router in months. The only exception is that I have updated the various add-on scripts I use. Complete manual reinstall (twice) did not resolve the issue.

Resolved: Replacing the USB drive and reinstalling everything a 3rd time brought things down to constant 20-40% activity. Turning uiDivStats off returned everything back to normal.

Resolved #2: Per posts like this one by uiDivStats creator Jack Yaz, this is apparently a known issue. I am unsure why it decided to just happen now and not before, but c'est la vie. The thumb drive I replaced it with was still USB 2.0, so per suggestions on the uiDivStats thread, I bought a new SanDisk USB 3.1 64GB thumb drive. None of the recommended "fixes", including a new, faster USB thumb drive and enabling caching, allows me to enable uiDivStats without it constantly utilizing CPU of at least 10-20%. There is just zero idle time with that script enabled anymore. So I have decided to just leave it disabled from now on.

Network Map CPU graph (this is constant now) vs CPU graph from an old screenshot: 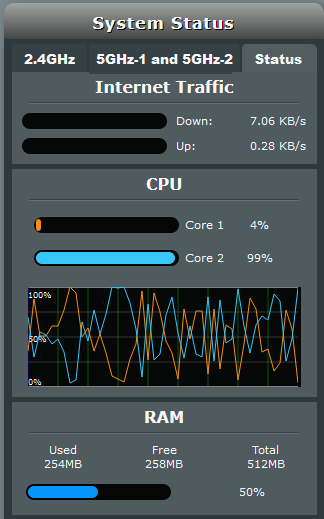 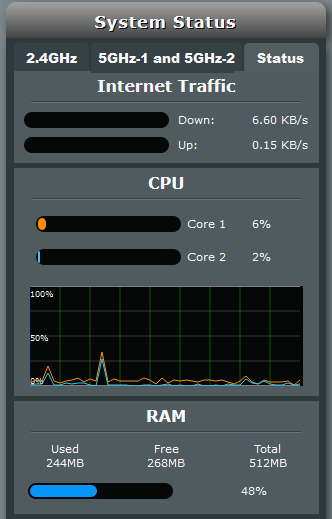