I upgraded my ASUS RT-N66U to a ASUS RT-AC87U one or two years ago when Merlin stopped releasing updates (I run Merlin firmwares, the old RT runs as an access point now).
During this time there's been something that bother me.

I run a manual DHCP assigning all MAC adresses to IP's manually (I have about 60 devices).
I only have one spare IP (minimum) for new devices.
I do not run any VPN, however I have a NAS and home automation system.

However, there is one MAC that lease a IP (in the picture it is 192.168.0.251) and I can't seem to find that device anywhere.
Looking at the connections, it access some IP:s held by Google, Facebook and similar.

Can anyone help me get to the bottom what this MAC-device is? Unless the MAC is spoofed, it originates from Motorola/Lenovo but the only Motorola/Lenovo devices I have are some Androids not active.
I neither want Google nor Facebook snooping around in my home network and this is driving me insane

Are there any secure tools for figuring this out?
Last edited: Jul 29, 2020
C

Natow said:
... but the only Motorola/Lenovo devices I have are some Androids not active.
Click to expand...

Good find.
But I think it's odd they add another IP to the router?
Why won't they run through it's own assigned IP? Does Android cellulars run a lightweight DHCP?
C

Natow said:
But I think it's odd they add another IP to the router?
Why won't they run through it's own ashigned IP? Does Android cellulars run a lightweight DHCP?
Click to expand...

Sorry, I don't understand what you're trying to say. Are you saying that you already have a DHCP reservation created for this Android device with a different IP address?
Asus RT-AC68U/A2 overclocked to 1.2GHz/800MHz - 374.43_V44EAj9527
N

Yup, I have two Motorola devices, both have a DHCP reservation created manually.
I have disabled both right now and haven't seen the "weird IP" since but it useally takes 10-20 minutes until it gets back.
If it does not come back, I will switch on wifi for the devices one at a time and see if one (or both) have two IP's connecting to 5528.
C

Also check whether they are using MAC Randomization. 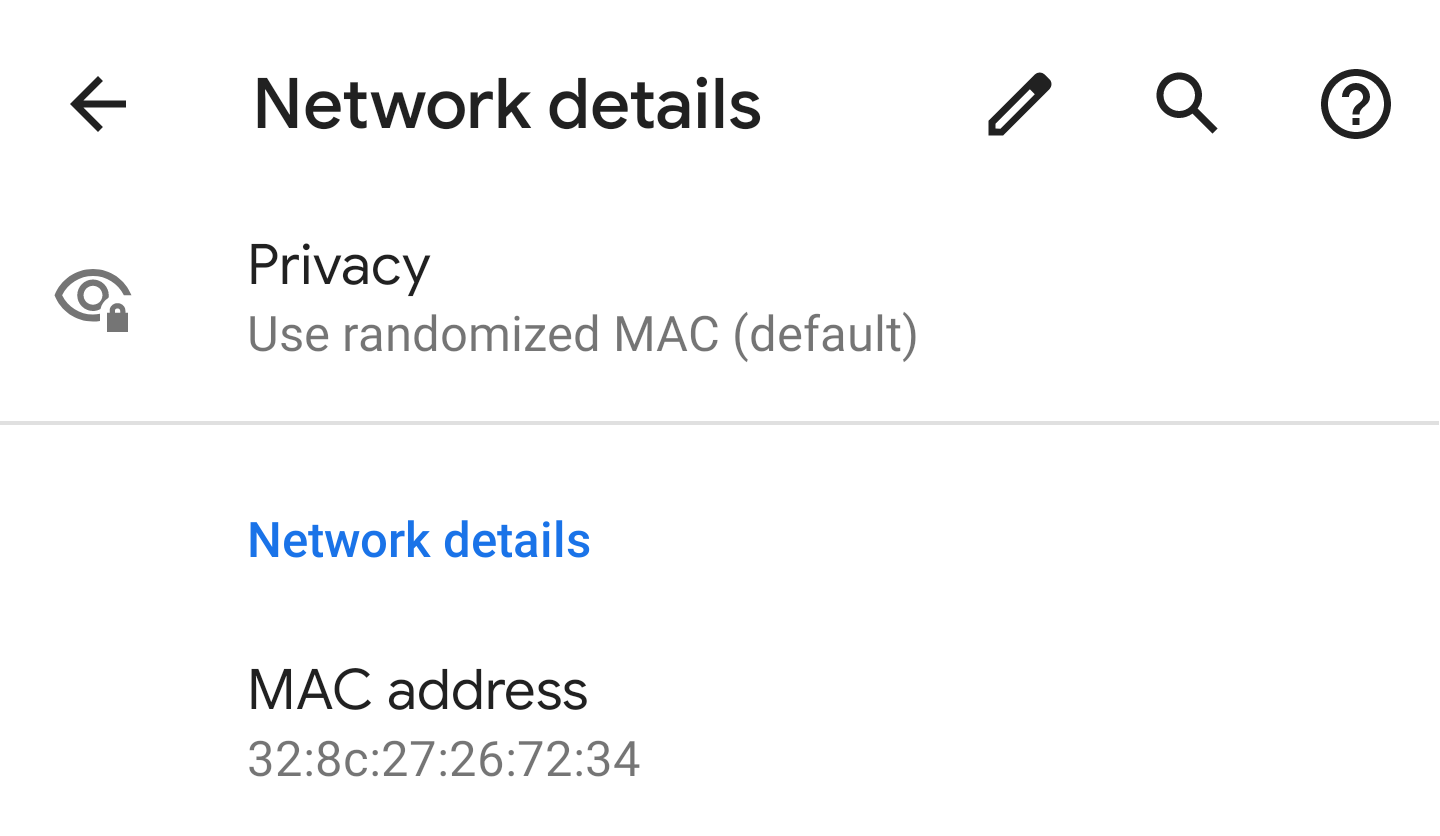 In Android P, Google rolled out a developer option to enable MAC address randomization, but it was turned off by default. With the first beta of Android

Always set to fixed. But by some reason, the MAC have probably been toggled from unfixed to fixed so a new fixed one were set.
I really don't like those software MAC:s. There should be a law or something for hardware MAC:s, haha..
Problem solved
You must log in or register to reply here.
Share:
Email Link