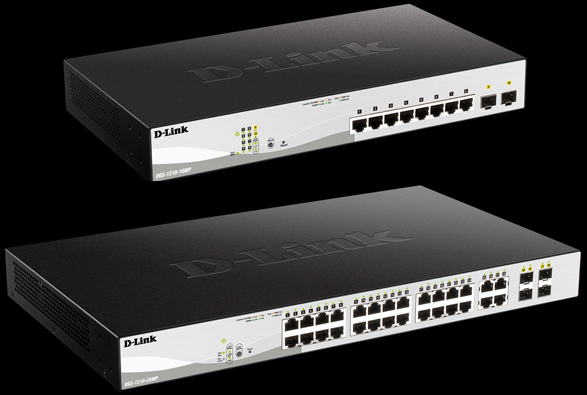 Changes to D-Link’s DGS-1210 series include two new PoE smart managed Gigabit switches, the 8-port + 2 combo DGS-1210-10MP, and the 24-port + 4 combo DGS-1210-28MP. Aside from their sets of Layer 2 networking and switching features, both switches will support PoE across all ports and have budgets of 130W and 370W, respectively.

Two other features for the DGS-1210 series include dual image memory that offers the choosing of configuration ID and firmware images, and combo Gigabit ports that can use either copper or optical.

D-Link’s DGS-1210-10MP and DGS-1210-28MP are available through channel partners, while updated DGS-1210 models will be getting the newly announced features this month.
You must log in or register to reply here.
Share:
Email Link