As the title says on version 836.4 model gt-ax11000 and can't use channels 100-144. Not sure if that's a limitation of AiMesh or not but I would like to move my backbone to UNII-2. But also can't move radio 1 to UNII-2 so something is preventing me from using that whole band.

Channels 52-64 are not usable unless 160Mhz is enabled, but even then you have to have control channel auto or 36 otherwise it only actually allows 20Mhz.

Extension channel can't be changed regardless of which channel bandwidth I'm set to locked on auto. 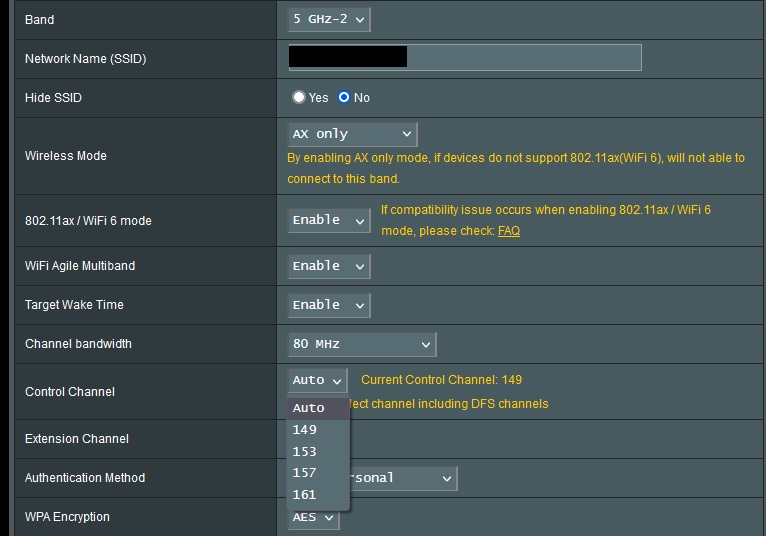 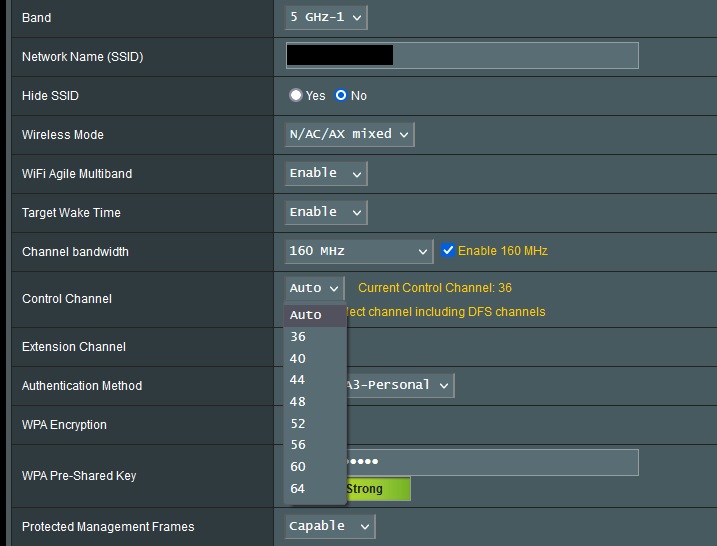 EDIT: removed my ai mesh to verify. Radio 2 gets the use of 100-161 with mesh unused. Radio 1 is still limited to 36-64. But I assume because they spit the radios to be grouped that way. Never the less throughput on Aimesh is limited as it maybe doesn't use ODFMA UL/DL, and it doesn't get access to 160MHz.

Set my main router to not use Aimesh with the node and have the backhaul on radio 1 @ 160Mhz with the node running as repeater bridge. Now getting a link speed of 2161.8 Mbps instead of 1441 Mbps which is what I get on AiMesh.

Disabled spanning tree protocol as well which might slow down the lan ports on the node.

Need to do further testing but judging by the improvement to the link speed my file transfer speed might be improved from the slow 40MBps although link speed doesn’t mean you’ll get that in transfer speed, but still it’s a larger band.

Yeah limiting control on region approved channels I can’t understand it. I would also like to have access to the wireless menu options on repeater mode so I can actually customize the node’s wifi settings like which channel the repeating wifi is on as it’s not choosing the same channels. UNII-2 uses DFS so maybe theirs a risk of channels being limited in radar zones? But still. Not letting you chose which radio is the backhaul is frustrating.

Why does wifi options need to be disabled in any operation mode other then router? I could use WDS but since it’s insecure and can’t use WPA2/3 I wouldn’t risk it.

I can probably modify wifi settings if I ssh into the node, but that’s a very round about way to bypass what the gui should already allow.

Turns out you can still get to the GUI page and change setting by just putting in the url... https://192.168.x.x:8443/Advanced_Wireless_Content.asp

Seriously this is broken. [seems a lot of stuff is broken and other stuff is forced to stay or "might work" ] 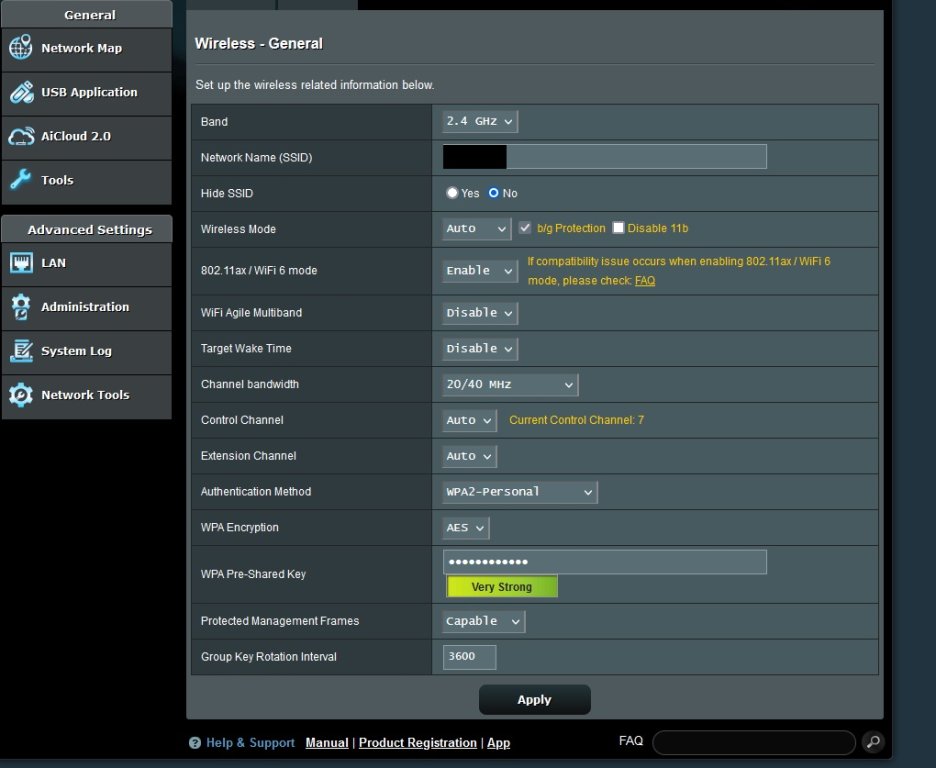 Seems some of the settings do stick well others won't like on the node you can't change the backhaul to be on two different 5ghz channels connecting to your router and repeating the signal to a different channel. You also can't seem to change 2.4ghz to 40Mhz width.

So i'm not sure if the hidden gui is purely placebo or not or if some of the settings do stick. 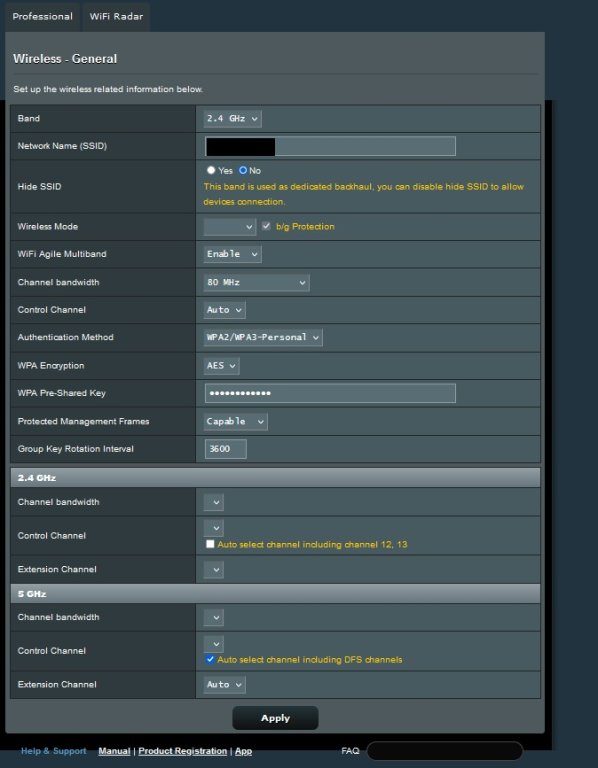 Messing with the settings can also create visual bugs, referencing things like backhaul you'd normally see if you were the router not the node. But flipping between radio pages fixes the issue.
Last edited: Jan 31, 2022

Currently, while using AiMesh, many settings are not changeable. This is because AiMesh is hardwired to work (and expected to work) that way.

L&LD said:
Currently, while using AiMesh, many settings are not changeable. This is because AiMesh is hardwired to work (and expected to work) that way.

If you need full control, use AP mode instead.
Click to expand...

Curiously can also access and use wifi radar on the node once i get into advance settings. 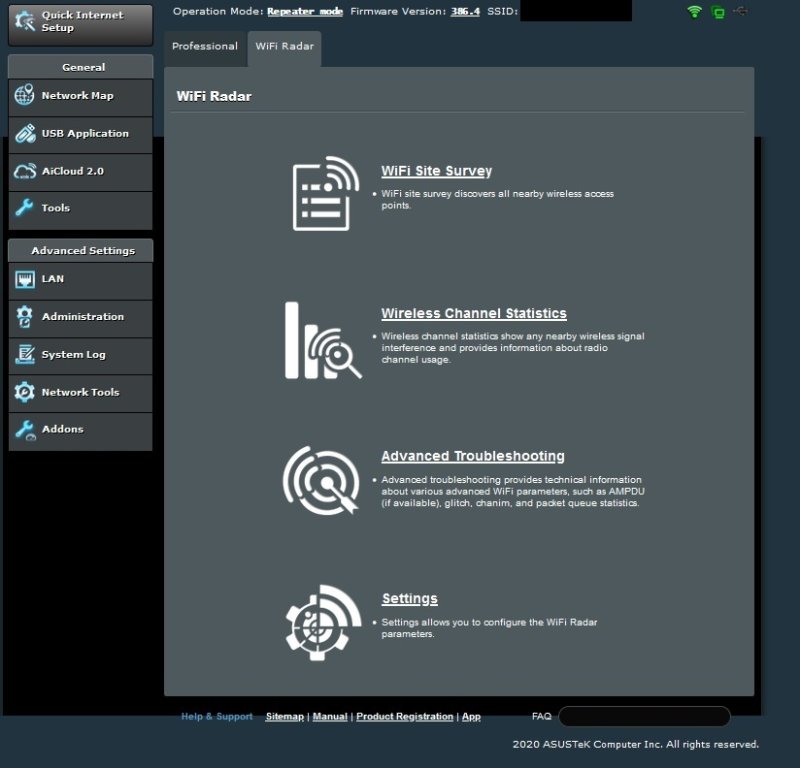 Repeater mode has the same limitations.

Hello everyone, Just hoping for some help / advice please. I have just set up 500mb upload / download internet gigafast with Vodafone (Fibre to the premises). The access point for the fibre where it comes into the house is on the 1st floor near my desktop PC. Here, the modem is linked to my...

Hello everyone, Just hoping for some help / advice please. I have just set up 500mb upload / download internet gigafast with Vodafone (Fibre to the premises). The access point for the fibre where it comes into the house is on the 1st floor near my desktop PC. Here, the modem is linked to my...

Maybe so but this adventure as given me a few extra settings to tweak (placebo? idk), and wifi radar & guest network which you don't have access to normally. Might not be designed to do this and might not change everything but doesn't seem everything thats hidden is hardwired. https://192.168.x.x:8443/Guest_network.asp 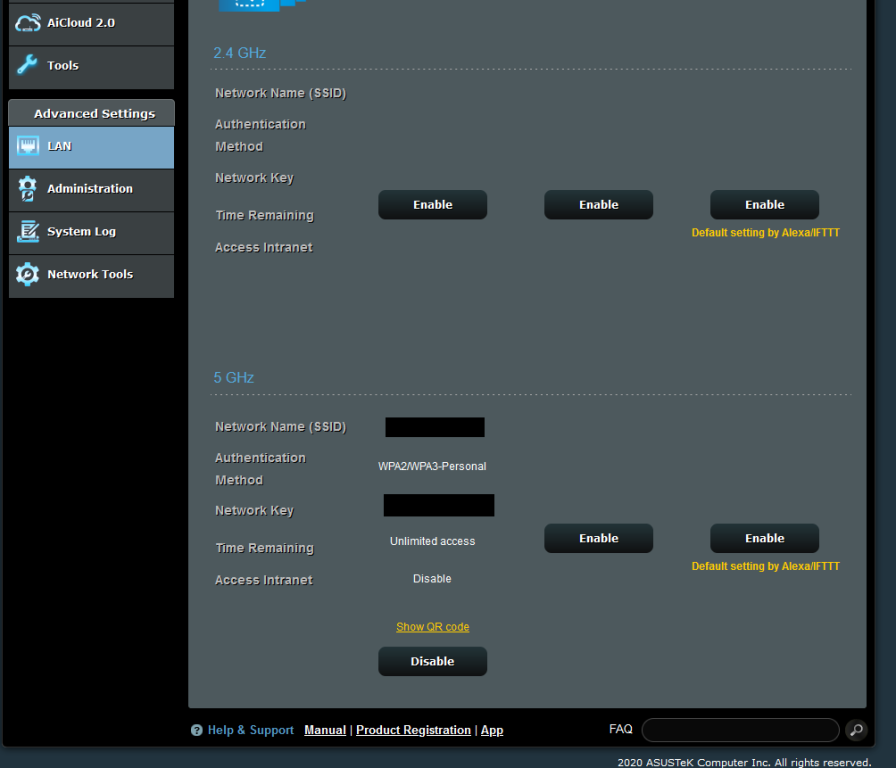 Edit: Apparently trying to change settings you get a nice NOT SUPPORT where the apply button is under guest network. oh well.
Last edited: Jan 31, 2022
You must log in or register to reply here.
Similar threads