Many of my devices in the Adaptive QoS / Bandwidth Monitor display 0.0 kB Up/Down traffic - net they obviously have network access and are transmitting data.

To be specific, I have a few Citizen CT-S601 printers, hard-wired to the primary router, and each of the two access points.

They occasionally lose connection - and the support agents for them denote they are losing bandwidth, and need to be set as highest priority on the network. They are very small transactions - but when bandwidth is consumed by other devices - apparently they fail.

Setting them as 'HIGHEST' in Adaptive QoS has not resolved this issue - and it seems to be that the traffic is not actually being managed by the QoS - as none is measured or reported. 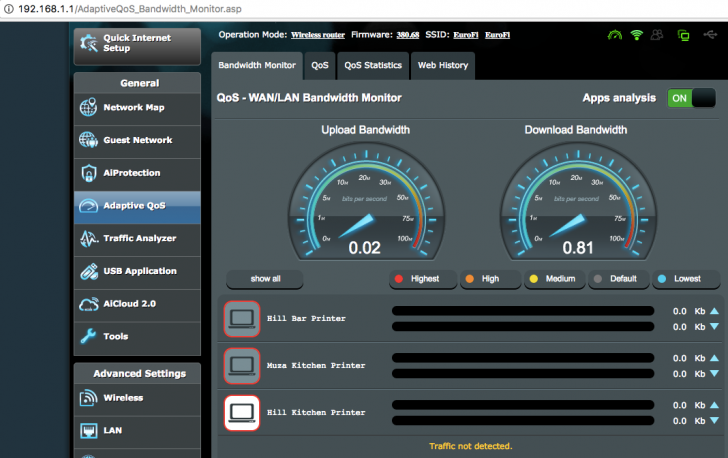 QoS only manages traffic going in and out over the WAN interface. What leads you to believe those printers are accessing the internet? Data transmitted to the printers on your local network is not managed and not tracked by the monitor.
You must log in or register to reply here.
Similar threads